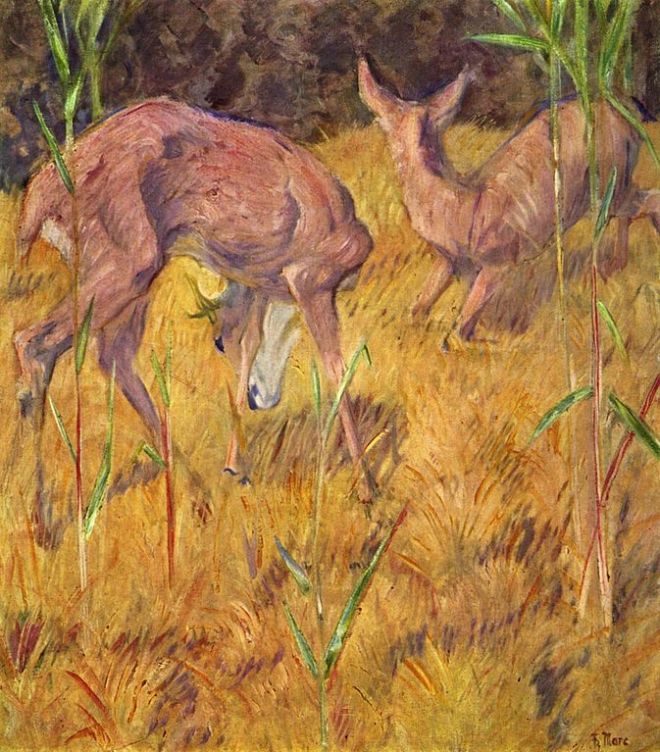 The hare looks at the deer and asks, are they one? Then why do they keep apart, live in separate burrows, plot their separate paths to a place they think will be better than all the others? Where do they think they are going? The hare says, it makes no sense. I know that I am going to the same place as the hare that lives over the hill. I eat the same grass and my leverets look the same as hers.

The deer nods wisely and says, the humans of each burrow think they know a secret, that there is a beautiful world where they will live forever, where there are no guns or wolves or foxes.

But only the humans from that burrow can go there, the hare adds. Where do the others go then? If they are all one?

But they are one, all the humans, and the place they go to is the same for all of us, says the deer.

The earth, says the hare.

The earth, says the deer, and they watch the humans let go their hands and dry their tears and go back to their separate burrows to plot their secret paths to the world that exists only in their heads. And they wait for the shooting to start again.

This painting by Harald Slott-Moller is one I find absolutely intriguing. The girl sits with her bare feet at the water’s edge, a crown of flowers on her head, and an expression on her face I would describe as mournful, but it could be simply thoughtfull. A flock of birds that look like mainly blackbirds (except that blackbirds don’t flock) fill the bare trees around her. The title of the painting is Spring. That may be the title, but it seems to me there is a long story behind this sad-looking girl. Is she drawing the birds to her, or are they there to give her a message? Is she an allegory of spring? Then why does she look so sad? The landscape is broad and flat, like salt marshes with the sea in the distance. What is she doing in such an isolated spot?

No obligation to use the words if they’re not appropriate. Write a short story about this scene and post the link to your post in the comments box before next Thursday. I’m looking forward to reading what you make of this one.