They made a convoy this morning in the dim light before the rain, a dozen vans driven by red-face men with big bellies, full of dogs and death. They gathered in the field beyond, and I waited for the surge of excitement of released dogs, the shouts of encouragement. But in the silence before the rain, as the sky darkened, they roared away, taking their guns and their dogs to another site, and relief that the massacre would not be here was tempered by the certitude that somewhere a mother and her cubs would lose their lives in terror.

yet we add to the pain

and twilight closes tight as a trap.

There is no hiding

in these winter starved woods

for a thing so large

and so devoid of sense.

Winter is hard for hunters

no gift to be disdained

and when the frost comes again

at least one belly

The official publication date for The Spring Dance is tomorrow, when the free download offer starts for Tales from the Northlands, a collection of stories with a Nordic flavour. This short story is in the same vein. If you like it, you will probably enjoy The Spring Dance stories too.

The spring had been late and cold, and hailstorms had knocked the buds from the fruit trees. The summer sun was pale and fitful, and the few buds that had swollen stayed small and green. Autumn came early with gales and floods, and the crops, the grains, the fruits and the small rodents were washed away.

Winter was biting, and a skinny roe deer wandered disconsolately through the thinning cover of an oak wood. She chewed a trailing strand of ivy, pulled at a stump of bramble, and plodded to the edge of the big field. The field had been mown on the last day of sunshine, and nothing was left in it to tempt her out from the trees. Nothing except a single, bright yellow sunflower that had no business being there, but shone like a beacon against the drab dampness.

The hind took one timid step, then two, then she leapt into the field and the yellow flower. One, then two, then three shots rang out and the hind staggered and fell. With her last strength, she stretched her neck to touch the precious flower colour of sunshine and summer with the tip of her tongue. Then her eyes clouded over and she died.

One, then two, then three huntsmen stepped from the hedge at the top of the field and strode down to inspect their kill. The first prodded the hind with his foot.

“Small,” he said with a frown.

The second jabbed his shotgun into her ribs. “Skinny,” he said.

“Full of ticks,” the third said, turning away.

The huntsmen dragged the dead deer back into the bushes and left her there. Later, when the sun had gone, and the deer was quite cold, a fox nosed her and licked his lips. He was hungry too. He smelled the deer’s death on her and knew who had sent it. Though he settled down to the unexpected meal, his teeth ground in anger. Later still, a badger snuffled by and feasted on the deer. She also smelled the deer’s death and snorted in anger, but the winter was bleak, and food was scarce. A passing barn owl swooped down and wrenched strips of meat from the deer, and the next morning, crows and jays picked at the flesh still on the bones. When all the animals had had their turn, ants picked the bones clean and left them to be covered respectfully by the long grasses and wildflowers when they came back in the spring.

When the cold was over, the year turned sweet and mild. Later, summer rolled around, hotter and hotter. The stream ran dry, and the shade buzzed with biting insects. Lying panting in a thicket of brambles, the fox smelled a bad smell from the cluster of houses where the huntsmen lived. The air was hot and full of grass stalks, prickly seeds and the tiny insects that whined and hummed and stung and irritated. But as well as the dry seeds and the irritating insects, the air had a bitter, smoky taste that boded no good.

With his mate and his cubs, the fox ran across the big, ploughed field and turned on the brow of the hill to watch. In a little while, he was joined by the badger and her family, a flock of crows, a band of noisy jays and a couple of sleepy owls. They perched or sat or lay on the hilltop and watched, as sparks from the barbecue set light to the grass dry as tinder, ate up the bone-dry gardens, gorged on the wormy wooden floors of the barn, and leapt, a roaring beast, to feast on the window shutters, the carpets and the wooden staircases of the cottages.

People shouted and screamed and milled about with buckets of water, or fled to their cars and the road. In the distance, the foxes, the badgers and the jays heard the belling of a monstrous mechanical hound, surely called up by the men to devour the flames. But the fire merely laughed and danced its wild dance.

“Karma,” said the fox. The others nodded in agreement. 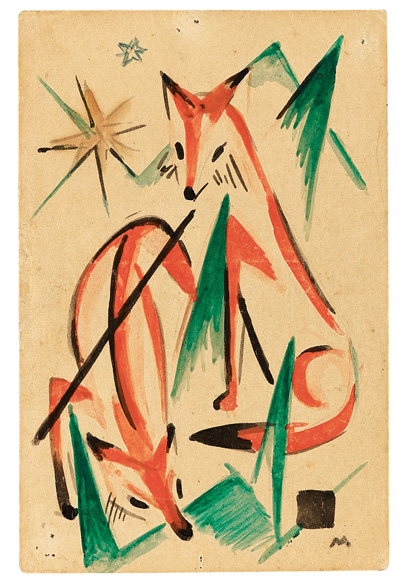 In the dawn damp

at the forest’s edge,

bright as the brush

of a sleeping fox.

and mist blows in from the sea

coating my lips in salt

and the electric tang

a bark wilder than any dog’s,

and the sterile concrete of the streets

shivers at the sound.

There is a window in the wind

that blows across the river.

Look carefully and you will see

I saw this photo prompt on Lynn Love’s blog and a story immediately sprang to mind. If you too feel inspired, here’s the link to the Flash Fiction for Aspiring Writers prompt.

The photo is courtesy of Tim Livingston (the Forester Artist)

A long time it’s been here, nights and nights and more nights. Still the smell hangs in the air like death. Mice come here now and birds. Mice and birds don’t know much, don’t smell death. Not like us. Us knows.

Men comed here over and over in the thing, comed stomping with death in their hands. Us would run and hide. Birds didn’t. Birds is stupid, don’t know to hide. Us sawed what happened to birds. Then one time, earth opened and breathed, enough. Us heard. Men didn’t. Earth opened and men’s thing tumbled inside. They left it there, caught in earth’s jaws. Us waited and waited nights and nights and more nights. But the thing was dead.

Mice come here now and birds. Mice and birds don’t remember anything. Us remembers. Us stays away. Except when us is hungry and us remembers scampering stupid mice. Quick snap snap snap. Blood and tiny squeals. Then us runs away back to the safe earth.

A long time it’s been here. Still it smells of death.

You take me through the starry night,

To where the wind sighs in the sedge,

When the wind blows through the trees,

And the sky’s bright coping tumbles down,

You take me through the starry night.

I’ll go with you and take your hand,

While stars and lynchpins shoot away,

To where the wind sighs in the sedge.

Of feet that tread on broken stars,

moonlight gleams in a bright eye—

The moon’s a huntress,

she seeks out sleepless lovers,

traps them in her nets.

Hunter on the hill,

And another Minute Poem for the Daily Post prompt: Forbidden.

You must not turn your back, he said,

Or bow your head,

For wolves will snap,

Keep to the shadows, learn to hide,

To slip and glide.

Will see you right.

And so I walk where I should not,

For at the end of this dark lane,

An end to pain.

I’ll meet you there

If you but dare.

The NaPoWriMo theme today is couples, things in pairs or halves. Since this theme fits the cleave poetry form, and I love cleave poems, I don’t need a better excuse to post this one.

If you’re not familiar with this form, a cleave poem is in two halves, each of which can be read as a separate, and preferably totally different poem, but read together they form a third poem.

The day is dying/  the dog fox said

Stars palely glittering/  the moon will be dark

The sun has set /  time for hunting

A dark voice from ancient times /  Come, the night is waiting.

Another enchanting photo from Sue Vincent for her weekly prompt, a 99 word story inspired by the photo.

They had run out of time. There were no more moons left, no more hope. Nothing more would rise in the sky, night or day. The stones stood and watched but they refused their help. The magic that lay beneath them slept. And it would sleep now forever. The sleepers would never waken, though this was surely the end, and they were the only ones who could avert it. So said the stories.

The fox watched the setting sun and called the vixen. Together they walked through the gateway between the stones and left the earth to its dying.

Life after the Care Farm