Another triolet for the dverse prompt.

The rain, the wind and foggy dew,

And all at once, bright dandelions,

Cloak the field in mottled hue

Of rain and wind and foggy dew

Rain in the wind and foggy dew,

And all at once, bright dandelions.

For the dverse prompt. I do love a triolet. Thank you, Frank!

And blossoms falling cloud with white

The rain-soaked earth, the heavy clay.

Gusts bend the kestrel’s wings away.

From far away and long ago,

On the winds of autumn blow.

From far away and long ago,

To add to far and long ago

Just got Internet back (again). The OctPoWriMo prompt, about ways of looking at things just about works for the triolet I wrote yesterday.

This sky is heavy with grey-leafed cloud

Waiting to pour its river loud.

The sky is heavy with grey-leafed cloud,

And empty fields where barley grew.

This sky is heavy, and grey-leafed cloud

There are a dozen things I should have been doing, but I’ve spent the best part of an hour worrying away at this triolet, which I would say is a harder form than the villanelle.

There is no moon, no stars to light the way;

I have no lamp, owl’s eyes alone can see

To pierce the shadows, chase the dark away.

There is no moon. No stars to light the way

In sky’s dark coping hang, to dance and sway

There is no moon, no stars. To light the way

I have no lamp. Owl’s eyes alone can see.

A triolet for the Secret Keeper’s five word prompt.

The warm world trembles in this winter cold,

The depths of darkness hold all in its grip

And change green shoots to black twigs stark and bold.

The warm world trembles; in this winter cold

Desire shrinks, we hang onto the lip

Of trembling world, while in this winter cold

The depths of darkness hold all in its grip. 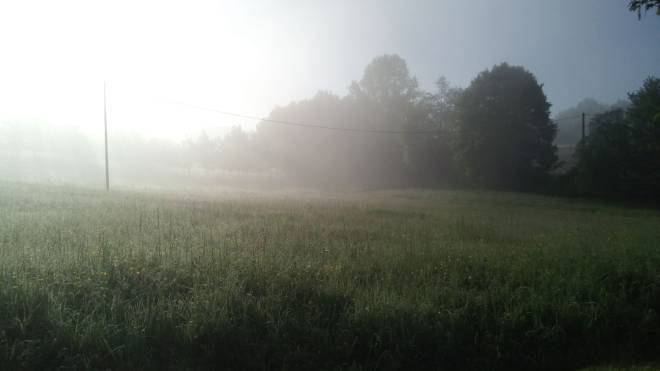 We start the day in fog that clings so wet

And coats the trees in grey of mud made air.

Not bitter cold this solstice time and yet,

We start the day in fog that clings so wet.

With thoughts of sunlight and regret,

That winter gnaws the bones and strips them bare,

We start the day—this fog that clings so wet

Coats phantom trees in grey of mud made air.

I have just read a thread of tweets about the Sandy Hook massacre that has filled me with disgust. Excuse me if I vomit in public, but amid the stream of messages of remembrance, parents mourning dead children and hopes that something will one day change, was the denier thread.

There really are people in this sad world who will post their ‘well-researched findings’ that prove that Sandy Hook never took place, that it was a sham to gain credit for the anti-gun lobby, that one of the fake victims was later seen standing next to President Obama at a meeting. Anyone who sympathises with that ‘opinion’ is invited to not voice it on this blog.

I read some words drawled from a deep, dark hole,

Denying that those children really died,

Fake news, he said, to crush the nation’s soul.

I read those words drawled from a deep, dark hole,

Our rights, our guns, he said, the truth denied,

With poisonous words that crawled from out his hole,

Fake news that would crush any human soul.

Another voice at midnight clear

Fell from the sky so high and cold—

I’d touch the stars, they seemed so near.

A wilder voice, at midnight clear,

It echoed soft, the feathered fear,

Its hunting song so sweet, so old,

An owl-fierce voice at midnight clear

Fell from the sky so high and cold.

We’re in the big build up to the commemoration of the 100th anniversary of the signing of the Armistice in 1918. This triolet came out as a small tribute, and was inspired by Paul Militaru’s lovely photo. Thank you, Paul for letting me borrow it.

A constellation tossed upon the waves,

A coverlet of light for unmarked graves.